So many to choose from.

Aravis and Lasaraleen arrive at Lasaraleen's house, and she talks to her servants-

"And anyone I catch talking about this young lady will be first beaten to death then burned alive then after that be kept on bread and water for six weeks. There."- Lasaraleen, The Horse and His Boy

King Caspian and his men arrive at Governor's Gumpas house-

"No interviews without appointments except for between 9-10 pm on second Saturdays"- Governor Gumpas, The Voyage of the Dawn Treader

"But even a traitor may mend. I have known someone who did"- Edmund, The Horse and His Boy

Emeth volunteers to go into the stable to see Tash, though Rishda tries to talk him out of it-

"Thou art a fool and understandest nothing. These be high matters"- Rishda Tarkaan, The Last Battle

And my all-time favorite, where Emeth tells of his encounter with Aslan-

"And this is the marvel of marvels, that he called me beloved"- Emeth, The Last Battle ''In that world, I have another name.''-Aslan

"Welcome, Prince," said Aslan. "Do you feel yourself sufficient to take up the Kingship of Narnia?"

"Good," said Aslan. "If you had felt yourself sufficient, it would have been proof that you were not." Definitely mine.  Puddleglum had some of the best lines in the series. I just read the chapter "The Queen of the Underworld" from "The Silver Chair" to my kids this evening and I teared up at Puddlglum's lines about living as a Narnian even if there isn't any Narnia.  Just really brilliant and really speaks to the deeper truths about faith and trust.  It's probably one of the most heroic speeches of the entire series. Voyage of the Dawn Treader

Just got a pretty big tattoo with this quote by it. Here are some of my favorite quotes from VDT, mostly for humor reasons

"“Yes, yes,” cried Reepicheep, clapping his paws together. “That’s how I’ve always imagined it—the World like a great round table and the waters of all the oceans endlessly pouring over the edge. The ship will tip up—stand on her head—for one moment we shall see over the edge—and then, down, down, the rush, the speed—” “And what do you think will be waiting for us at the bottom, eh?” said Drinian. “Aslan’s country perhaps,” said the Mouse, its eyes shining. “Or perhaps there isn’t any bottom. Perhaps it goes down for ever and ever. But whatever it is, won’t it be worth anything just to have looked for one moment beyond the edge of the world.”"

"She spent a good deal of time sitting on the little bench in the stern playing chess with Reepicheep. It was amusing to see him lifting the pieces, which were far too big for him, with both paws and standing on tiptoes if he made a move near the center of the board. He was a good player and when he remembered what he was doing he usually won. But every now and then Lucy won because the Mouse did something quite ridiculous like sending a knight into the danger of a queen and castle combined. This happened because he had momentarily forgotten it was a game of chess and was thinking of a real battle and making the knight do what he would certainly have done in its place. For his mind was full of forlorn hopes, death-or-glory charges, and last stands."

"“It isn’t Narnia, you know,” sobbed Lucy. “It’s you. We shan’t meet you there. And how can we live, never meeting you?” “But you shall meet me, dear one,” said Aslan. “Are—are you there too, Sir?” said Edmund. “I am,” said Aslan. “But there I have another name. You must learn to know me by that name. This was the very reason why you were brought to Narnia, that by knowing me here for a little, you may know me better there.”"

Proof that water is wet (take the Duffers' words for it!) quotes

"The meal would have been pleasanter if it had not been so exceedingly messy, and also if the conversation had not consisted entirely of agreements. The invisible people agreed about everything. Indeed most of their remarks were the sort it would not be easy to disagree with: “What I always say is, when a chap’s hungry, he likes some victuals,” or “Getting dark now; always does at night,” or even “Ah, you’ve come over the water. Powerful wet stuff, ain’t it?”"

"“But look here,” said Eustace, “this is all rot. The world’s round—I mean, round like a ball, not like a table.” “Our world is,” said Edmund. “But is this?” “Do you mean to say,” asked Caspian, “that you three come from a round world (round like a ball) and you’ve never told me! It’s really too bad of you. Because we have fairy-tales in which there are round worlds and I always loved them. I never believed there were any real ones. But I’ve always wished there were and I’ve always longed to live in one. Oh, I’d give anything—I wonder why you can get into our world and we never get into yours? If only I had the chance! It must be exciting to live on a thing like a ball. Have you ever been to the parts where people walk about upside-down?”"

"And, of course, the Monopods went with them, bouncing like footballs and agreeing with one another in loud voices till Eustace said, “I wish the Magician would make them inaudible instead of invisible.” (He was soon sorry he had spoken because then he had to explain that an inaudible thing is something you can’t hear, and though he took a lot of trouble he never felt sure that the Monopods had really understood, and what especially annoyed him was that they said in the end, “Eh, he can’t put things the way our Chief does. But you’ll learn, young man. Hark to him. He’ll show you how to say things. There’s a speaker for you!”)"

“‘Now, Curdie!’ she cried, ‘won’t you believe what I told you about my grandmother and her thread?’...
‘There! - don’t you see it shining on before us?’ she added.
‘I don’t see anything,’ persisted Curdie.
‘Then you must believe without seeing,’ said the princess; ‘for you can’t deny it has brought us out of the mountain.’"
- The Princess and the Goblin by George MacDonald ''In that world, I have another name.''-Aslan

This is my absolutely favorite quote too! I still remember my breath taken away the first time I read it. It's enough to bring tears of joy to the eyes!

Once there were four children.... 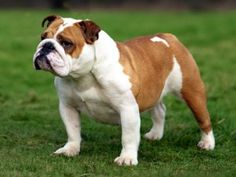 ”Not exactly,” shouted Polly, “Why, it’s absolute bosh from beginning to end.”

Why do I love Polly Plummer?  Mind you, she is addressing this exclamation to Queen Jadis, who has destroyed her own world Charn, and is preparing to terrify London, and become Narnia’s first “Neevil”.  What an awesome girl!

I object to that remark very strongly!

“Where the waves grow sweet, doubt not, Reepicheep, there is the utter East.”

This is one of the best lines from Voyage of the Dawn Treader. When the ship reaches that part of the sea it is one of the moving parts of the book. It was the beginning of the end of the voyage.