[Closed] Cartoon Saloon style The Horse and His Boy

For Inktober this year I'm drawing various characters from favourite books, so The Horse and His Boy had to make an appearance! Like others on the forum I'd love to see a Cartoon Saloon-style animated Narnia film, so that's what's inspired this design of Shasta. 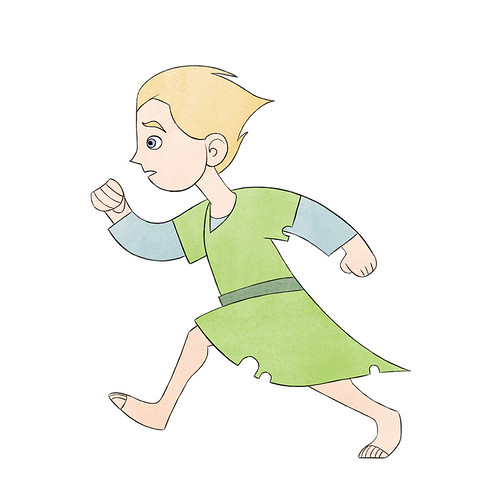 If you'd like to see more of my Inktober drawings you can take a look at my blog or my twitter (for both please be aware I occasionally post life drawings).

I didn't realize how much I wanted Cartoon Saloon to animate HHB until I saw this.

I love this look so much! You did such a great job capturing The Secret of Kells' style, too, and I really like the color palette you used. I can't wait to see your next HHB character. 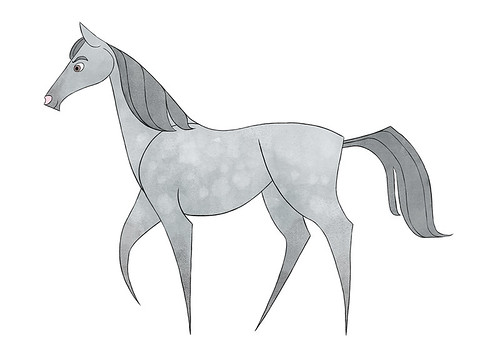 I did initially wonder about drawing Aravis and Hwin, but there are so many characters I want to draw this month that I thought it would be too many from one book. However there's one character coming up in a week or so that I'm not too sure about, so I may draw Aravis later after all ...

The colour palette for Shasta was taken from the colours Pauline Baynes used in the book illustrations! In my book the green is much yellower, but that's basically the only change I made.

By themselves, their quite simplistic, but part of the beauty of Cartoon Saloon is their backgrounds (sorry, I don't know the specific terms), so it'd be really fun if you could add some settings to your figures.

This would be a BEAUTIFUL adaptation of Horse and His Boy! I love the way all the lines flow.

I'm curious... would Bree's coat be a texture fill, or would all the spots have to be added by hand to every shot he's in?

fk, backgrounds is the right term! You're right, it's the combination of character and background that's really special. It would be fun to create a Narnia background in that style. I won't make one right away (it's been challenging enough just focusing on characters!) but I'll keep it in mind ...

Mel, great question. It's definitely possible to use a texture fill even with a moving character (depending on the software). The Secret of Kells used some textures on the characters and I'm pretty sure Song of the Sea did too. However, Bree's texture here is a bit different as it depicts a texture that would move with him; it would have to be manipulated/animated to really work. I think in reality it would be simplest to design him with spots as linework. In the film the lines would be painted different colours anyway, or they could be animated as an effects layer which could have a texture placed over it to get a watercolour-like effect. Though the designs I've done here (and in others for Inktober) are inspired by certain films or styles that doesn't necessarily mean they could be animated exactly as they are. For the most part they're character explorations rather than finished, 'approved', character designs. Which is just as well, really, as they'd take ten times as long!