Forums
Narnia Movie Discus...
General Movie Discu...
How to do the Endin...
Share:
Notifications
Clear all

How to do the Ending of Last Battle? My siblings and I have been wondering how to do the ending of Last Battle if they make a movie. You could of course go exactly by the book, but you can't end it like that. So how do you do it? The ending of Last Battle is a complicated one. C.S Lewis did not make the book as a closure book, there are so many loose ends lying around. To make a movie of the book, you would have to find a way to explain what happens to Susan and the Pevensies and actually everyone in Narnia's sudden death and ending of Narnia. I think it will be hard to make a film adaption that forms a nice closure to the book without losing any meaning. You can't just end the movie how it ends in the book, there has to be conclusion. 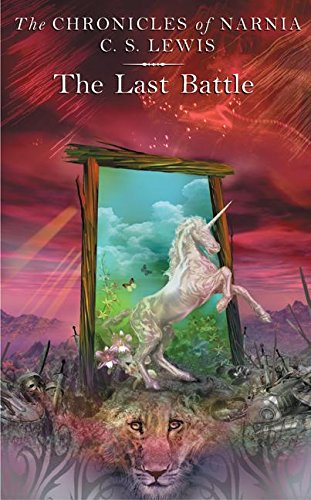 For awhile I had always imagined that any 'Susan of Narnia' book written by Lewis would really be for adults. As in, a younger audience might not find the adventurous spirit in Susan's 'coming of age' story very exciting where she gets older and moves though her grief and eventual understanding.

I think, if Netflix or if a movie was created about LB, they would definitely use the plot thread of the green/yellow rings to have Susan find a way back, if she would want to eventually. Kinda leave it on a cliffhanger, where the viewer is unsure whether or not she will get a happy ending ie return to Narnia.

This would probably be the best way, since either ending with the Narnian's in Aslan's country, or Susan hearing the news probably wouldn't fly when script writing.

icarus
(@icarus)
NarniaWeb Junkie
Its been a while since I've read The Last Battle, but my reaction to the quote below is "why not?"

You could of course go exactly by the book, but you can't end it like that. So how do you do it?..... You can't just end the movie how it ends in the book, there has to be conclusion.

I feel like all the loose-ends you mention are either easily addressed with simple dialogue, or just aren't all that important to the story at hand, unless there was something specific that you found unsatisfying with the conclusion?

And in terms of the whole "everyone dies and goes to heaven" thing, there are plenty of great movies and TV shows which have similar sorts of endings which easily sell it as a positive life-affirming moment, rather than a bleak gut-punch for the audience.

For example, in both

Spoiler
"Lost"
and
Spoiler
"The Good Place"
the final episode ends with everyone (essentially) dieing and going to heaven.

Spoiler
"The Truman Show"
ends with the main character exiting one world into another, and yet the film leaves it to our imagination as to what happend next. Again I don't think the ambiguity hinders things, if anything it makes it all the more emotional.

Spoiler
"Source Code"
features a character who works out about halfway through the movie that he died in a helicopter crash, and ends with him deciding to let go of his last remaining foot in this world to transcend to some higher plane of existence.

Spoiler
"Soul"
almost attempts a similar feat but doesn't quite follow through on it. Again though, plenty of ambiguity in the ending, but it in no way diminishes the emotional impact.
ReplyQuote
Posted : April 8, 2021 1:50 pm
High King Pete The Magnificent, KingEdTheJust and Courtenay liked

I can see what you mean by that, and thank you again for giving me many examples of how movies ended like that.

Though what I am talking about is how the book ends with no conclusion whatsoever of what happens to Susan Pevensie. I don't think that the movie can end with one of the main characters in the series completely cut out through the whole movie, especially when it is the last book in the series. For the movies where the characters end in the "after life" like you mentioned, it is different because most of the time the main characters are together, while in the Last Battle the main characters are separated and that really creates the grief in the book. I am just wondering how they will portray that grief in a movie and end it on a good note too, especially considering it is a children's series.

For what it's worth, that's partly why I hate that Susan plot point in The Last Battle. For me it's such a cheap, unearned plot point which just gets randomly thrown in to the end of that story in a very unsatisfying way, but I've explained my views on that much better in two posts in the discussion below:

In terms of potential screen adaptations however I'm not worried, as they essentially have several options, all of which would be fine...

Option 1 is don't even mention Susan's absence. The majority of the audience probably wouldn't notice.

Option 2 is to mention Susan's absence in the same off-hand way as the book does. The majority of the audience would probably just assume it was the screenwriters lazy excuse as to why they couldn't get the actress to return to the role.

Option 3 would be to just stick Susan back into the story regardless. The fact that it wouldn't impact the story in any way at all just shows what a pointless and inconsequential plot point it is in the book.

Option 4 would be to expand the plot point across the entire movie, and potentially lay the groundwork in earlier stories too. If they actually invested the time to give the Susan plot point some degree of emotional depth earlier in the narrative then perhaps it wouldn't seem so unsatisfying when it just gets randomly.dropped in there at the end of the story.

Either of those 4 would be fine with me. I don't really see there being many "bad" options if I'm honest, so I could take it or leave it either way.

I like that you made different options on what they could do for the Last Battle. It was well thought through and could be useful information if they make a Last Battle movie. I also completely agree that Susan was just cut off from the books with almost no information at all.

However, for your first option if the movies cut out Susan from the movies, I think people would notice. She is a major character in the first two movies and is a main character in the books. Also if the audience sees the other Pevensies, they are bound to notice one of them is missing.

For your second option, I think that would be a clever idea to make the movies like the books: to barely mention Susan and leave the rest to your imagination. Though I would hardly think that that would be an adaptation, for they are just doing the same thing as the books by just leaving the details out and not putting their own take on what happens.

For your third option, I think that putting Susan back into the plot would also be a good idea. Like you mentioned it would be a way of protesting the disregard of her in the book. But I disagree because it would make the movie/TV series a bit confusing for the fans and maybe even a little angry. I think that would also be pushing the adaptation a little too far as it is clearly mentioned she does not believe in Narnia and is not there.

For you fourth and Last option, I agree that that would work out. It would disappoint some of the fans, as maybe they had their own thought on what happens to Susan, but it would make the movie end on a more joyous note as you mentioned, since the Pevensies are together. (or so I hope) Also as you mentioned, that would take a lot of work to write the scenes for that and to not have a base source, as in the book would make it highly unlikely that they would do that. If the movies were to make their own take on what happened to Susan, then I think that it should be with Susan reuniting with the pevensies in Aslan's country, but it should explore her Journey of belief in Narnia and maybe if that is too much to add, make a whole movie about Susan itself as a closure movie.

Thank you for having this in-depth discussion with me! I really like your well thought out answer and different perspectives!

This an interesting topic. The Last Battle is perhaps the most complex book out of the chronicles. I think this one would take the most risk. One of the concerns is about how will they address Susan not being a friend of Narnia.